Supporting responsible toy makers as they provide the magic of play

“To promote best practice and excellence in all aspects of product design, toy safety, ethical manufacturing, environmental issues and responsible marketing and by so doing protect and promote the interests of our members.”

The British Toy & Hobby Association was established in 1944 to represent the interests of British toy manufacturers and to raise standards of practice in the industry.  Today it has almost 150 members ranging from international toy giants to small family-run businesses that together account for approximately 80% of the UK toy market.

Membership of the British Toy & Hobby Association shows the member’s commitment to adhere to the BTHA Code of Practice under the umbrella of the Lion Mark which includes rules covering ethical and safe manufacture of toys, toy safety, a ban on counterfeit goods, an assurance to market responsibly, a commitment to improving sustainability and a desire to promote the value of play through support of the Make Time 2 Play campaign. Our members are manufacturers committed to making good quality toys in a responsible way.

The BTHA also administers the Toy Trust, the industry’s charity, and organises a number of events including the Toy Fair, the UK’s largest dedicated toy trade exhibition.

The British Toy & Hobby Association has been representing and promoting UK toy manufacturers since 1944. However, the foundations of the association were first put in place in 1922 with the Toy and Fancy Goods Federation (TFGF). Within this body were manufacturers, wholesalers and retailers. However, due to differing opinions on issues between the three sections of the industry, there was the desire to have an organisation to deal solely with manufacturers’ concerns.

Eventually, things came to an end in 1944 when the wholesalers and manufacturers were unable to agree on a common method for marking toys, and on Wednesday 5th July 1944, a new British Toy Manufacturers Association was formed at the end of the war years.

You can find out more about the full history of the BTHA by reading our anniversary brochure opposite. 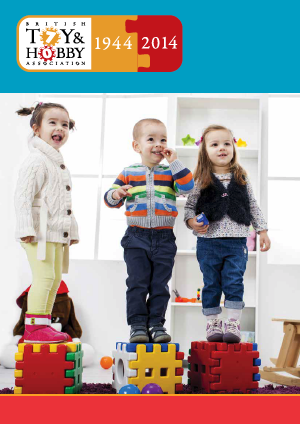 The Lion Mark – the badge of BTHA membership

The Lion Mark was developed in 1988 by the BTHA to perform a function not covered by the CE Mark. Namely, to act as a recognisable consumer symbol denoting safety and quality.

The Lion Mark indicates that the toy has been made by a member of the British Toy & Hobby Association and therefore denotes the member’s commitment to adhere to the BTHA Code of Practice which includes rules covering ethical and safe manufacture of toys, a ban on any counterfeit goods, an assurance to market responsibly, a commitment to improving sustainability and a desire to promote the value of all play.  Unlike the CE Mark, therefore, the Lion Mark is truly a consumer symbol. It means that consumers can be assured that a toy which bears the Lion Mark has been made by a member who believes in making good quality, safe toys.

Only BTHA members are allowed to display the Lion Mark. A BTHA member must have signed a declaration by which they agree to adhere to responsible marketing practices and strict safety and ethical manufacturing standards and they must sign a licence agreement with the association which sets out the terms of its use. Failure to abide by these terms will lead to revocation of the licence.

The BTHA Code of Practice ensures that our members not only meet current UK legislation, across a range of issues from safety to advertising, but often surpass the legal requirements to meet the best practice guidelines that make up the code.

In addition, the BTHA has recognised the importance of educating and supporting its members on any issue that is part of the BTHA Code of Practice and which is represented by the Lion Mark. 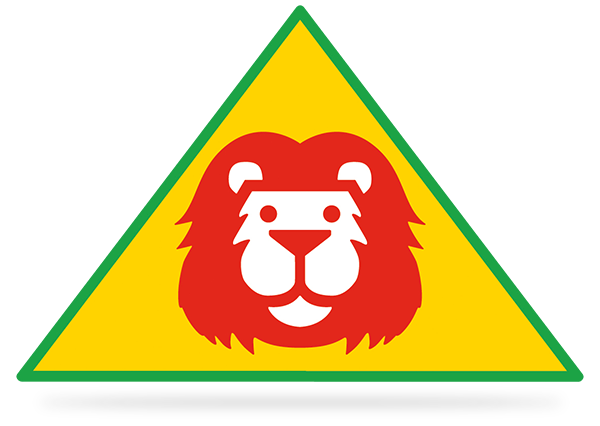 Our Code of Practice

1. I/We agree to manufacture and market only toy and hobby products that conform to appropriate legislation and to exercise due diligence in regard to the safety of my/our products.

3. I/We agree to deal promptly with any enquiries as to the safety of my/our products and take effective action where appropriate.

4. I/We understand that a successful prosecution under appropriate toy safety legislation will be regarded by the Association as a breach of this code.

5. I/We declare that I/We will apply appropriate ethical standards in the factories used for the manufacture of my/our toy products and that I/we shall not do anything that would bring the Association into disrepute. I/We declare that I/we comply with the principles contained in the Ethical Toy Program (formerly ICTI Care) Code of Business Practices. It is my/our intention in relation to toy products to have those products manufactured by factories that are in the Ethical Toy Program Process* — or by factories that meet the requirements of i) another recognised social compliance organisation or ii) another code of an equivalent or greater standard.

6. I/We declare that I/we do not manufacture or market toy or hobby products that are counterfeit or otherwise infringe the proprietary rights of others. I/we understand that a judgment against me/us resulting from a claim, whether brought privately or otherwise, for copyright, design right or trade mark infringement may lead to the withdrawal of product from the market, will be regarded by the Association as a breach of this code.

7. I/We undertake that all my/our advertising of toy and hobby products in whatever form is legal, decent, honest and truthful and is in conformity with both the BCAP Code (The UK Code of Broadcast Advertising) and the CAP Code (UK Code of Non-broadcast Advertising, Sales Promotion and Direct Marketing).

9. I/We undertake that any toy gun, imitation or replica firearm modelled on a firearm designed or produced since 1870 is coloured in accordance with the October 2007 version of the Association’s code for such products.

11. I/We understand that the Association reserves the right to refer breaches of this code to the independently constituted Complaints Committee which will report to the Council of the Association with recommendations as to the action to be taken.

12. I/We understand that breaches of the code may lead to my/our expulsion from the Association, the denial of space at the Toy Fair and the termination of the Lion Mark licence (where applicable).

*The Ethical Toy Program Process has been designed to meet the specific needs of the toy industry in ensuring that products are sourced from factories that meet appropriate ethical standards.