Inaugurated in 1996, the BTHA Lifetime Achievement Award is presented only in exceptional circumstances. It is awarded to individuals who have made a truly outstanding and significant contribution to the toy industry.

Recipients have facilitated positive and sustained change in the toy industry as a whole and are inspirational achievers who are widely acknowledged to have made a fundamental and beneficial impact on the sector over the long term. The individual will be recognised as a leading figure within the industry and they will have demonstrated an extraordinary level of commitment, passion and integrity throughout their career and have served a minimum of 20 years service within the toy industry (not necessarily concurrent).

The award can be made to British and international recipients but he/she must have directly impacted or worked in the British toy industry. It can encompass work as a supplier, a retailer or anyone who has dedicated the majority of their career to the toy industry. Posthumous awards have been made for this award.

Recipients are presented by the BTHA with a specially commissioned bronze cast sculpture created by Ronald Cameron.

All nominations must have a proposer and a seconder and should be submitted in writing; a written statement summarising the candidates achievements and suitability should be sent to the Director General of the BTHA to be considered under the process used by the BTHA for this award.  For more information on the British Toy & Hobby Association Lifetime Achievement Award or to discuss the nomination process please contact Matt Jones

Roger Dyson’s career in the toy industry began in 1966 where his first job was with J&L Randall Ltd. He later went on to work for infamous toy companies; Airfix, Palitoy, Ertl Ltd, Toy Brokers and latterly with toy retailing group Toymaster. The award presentation was made on 28th June 2017 at a celebratory lunch at Great Fosters Hotel. 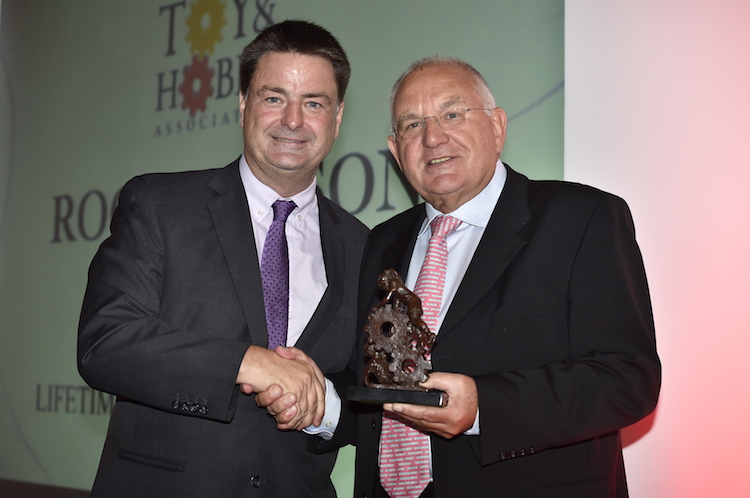 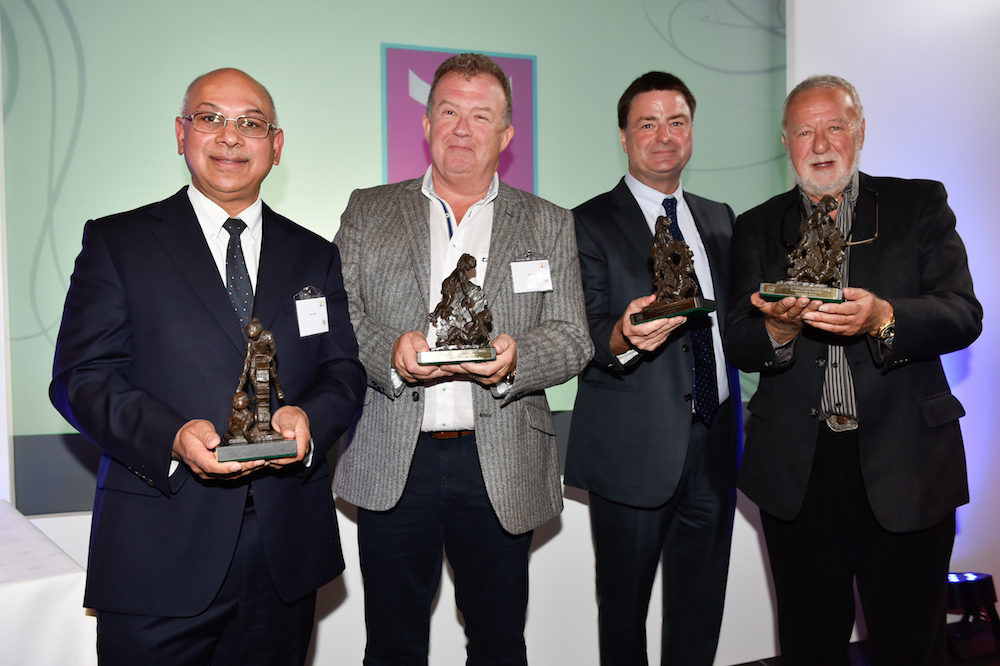 2015 Award – Gary Grant of The Entertainer

Gary Grant of The Entertainer was the recipient of the 2015 BTHA Lifetime Achievement Award. His award was presented at a celebratory lunch on 24th June 2015 at Great Fosters Hotel. 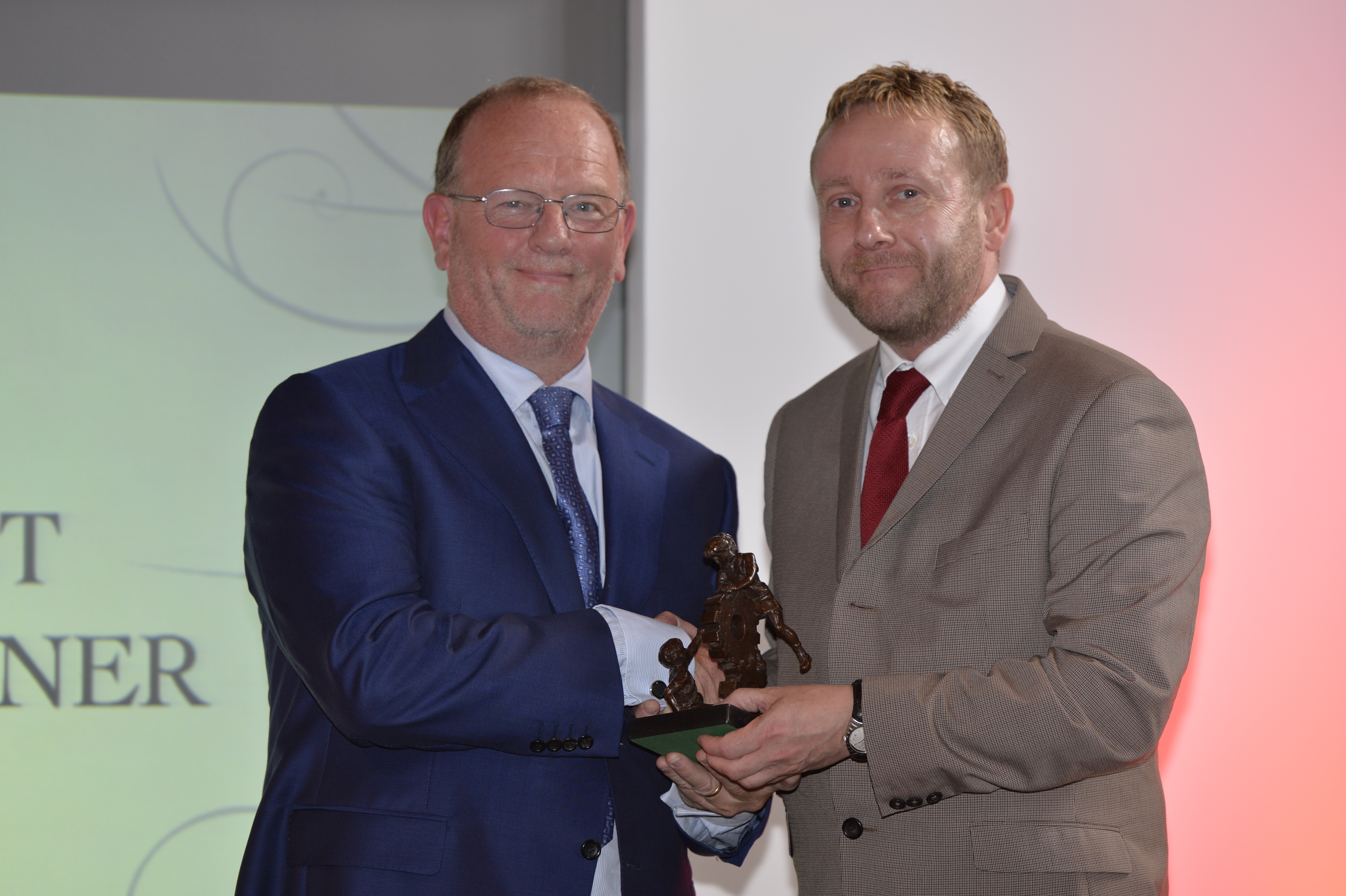 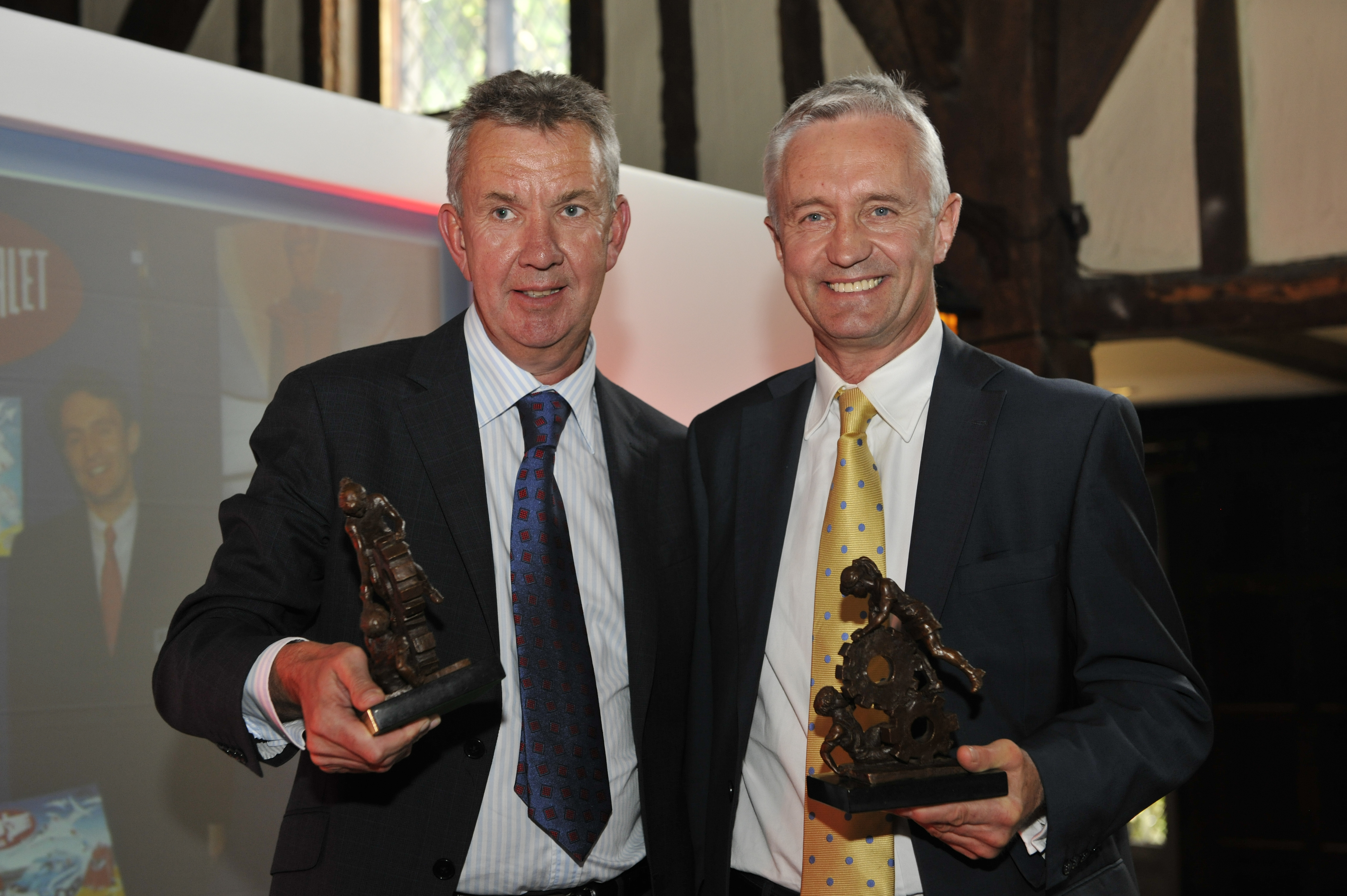 Alan Bennie & Nick Austin of Vivid Toy Group were the recipients of the 2012 BTHA Lifetime Achievement Awards. Their awards were presented at a celebratory lunch on 20th June 2012 at Great Fosters Hotel. 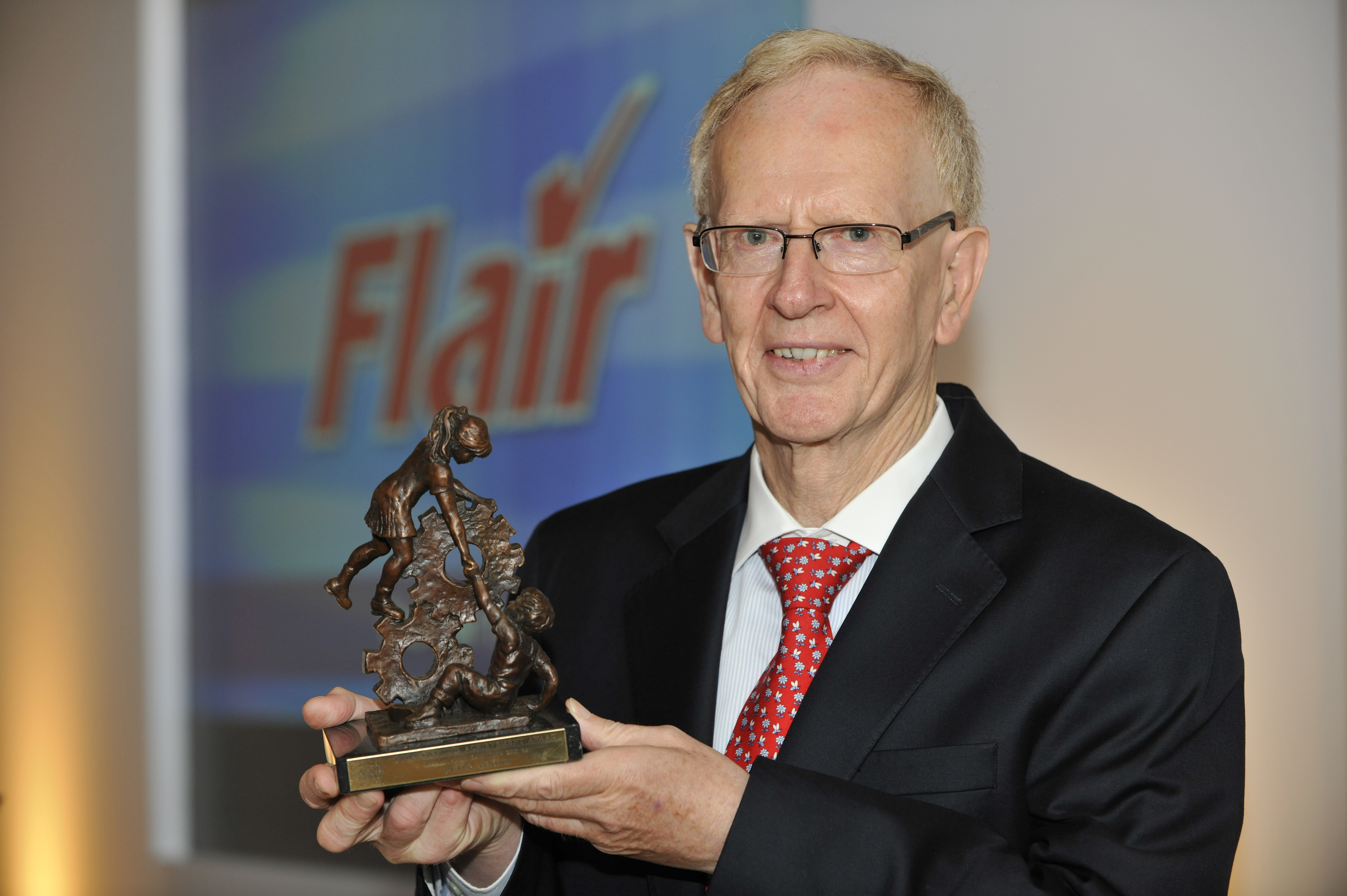